Ethical Hacking - The Evolving Role for Security in Technology

Intoday’s information age, when nearly every type of technology device is connected, a vast amount of data across the globe is making organizations fall prey to cyber-attacks. Disruptive technologies like Artificial Intelligence (AI), Internet of Things (IoT) and Blockchain extensively rely on global digitization for their growth. These new age technologies are making systems more sophisticated and interconnected to handle tons of big data, in turn exposing the systems to all kinds of vulnerabilities in this digital era.

While cyber, malware and phishing threats rise, the demand for security solutions is growing more than ever. The Cyber security market that was valued $104.60 Billion in 2017 will reach $258.99 Billion by 2025.

With so many breaches happening almost daily, we have reached a point where people are more scared of an online break-in than a physical break-in. This unauthorized access to data, aka hacking, is alarming people more than ever.

IT analysts covering cyber security predict five-year spending to cross $1Trillion. The United States will spend almost $31.5Billion on cyber security tools and services. This pace of growth will continue for the next several years as industries invest heavily in security solutions to meet a wide range of threats.

Here are the top cyber-attacks and data breaches of 2019, thus far:


While traditional security measures are important, it is also critical to obtain perspectives of people who can potentially threaten the systems. To gain this perspective, organizations have been allowing a set of hackers to identify system vulnerabilities or rather hack their systems legally and provide suggestions to fix them. This practice of ethical hacking has gained momentum with the breaches happening left, right and center! 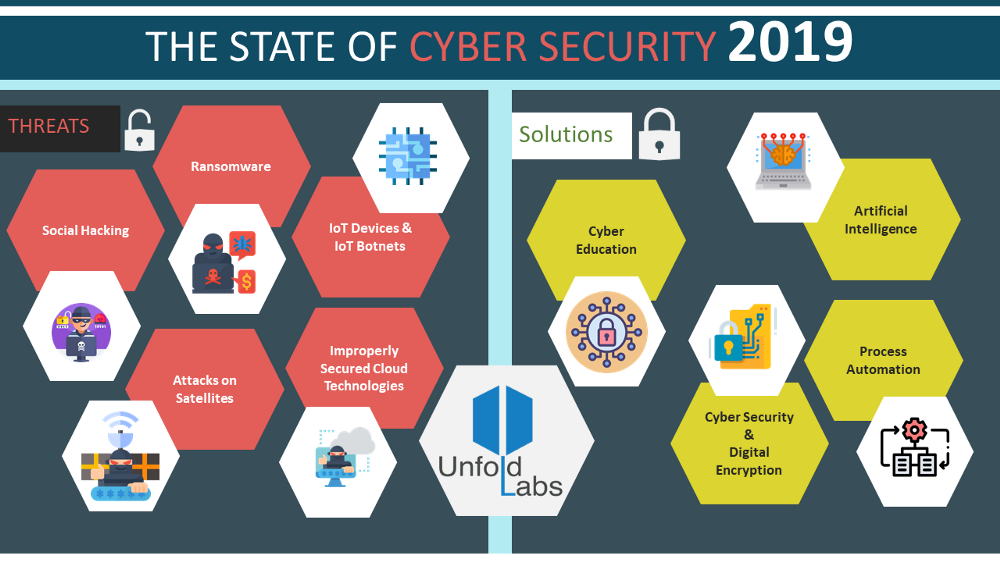 In today’s widely expanding digital world, hackers are attacking us from all possible angles. Other than mere data theft, there are some serious threats to mankind in near future. Here are the top ones:

Hackers consider social hacking to be one of the easiest ways to gain access as it has always been easier to manipulate a human mind than a machine. Pretexting for financial gains and phishing represent 98% of social incidents and 93% of all breaches.

Ransomware will hit $11.5 Billion in damages in 2019. Every 14 seconds, someone is becoming a new victim. Hackers stop operations unless a certain ransom is paid. In May of this year, Baltimore’s City Government was crippled, when thousands of government computers were frozen, and their files were digitally scrambled, affecting common citizens.

As the number of Internet-connected devices continue to proliferate exponentially, there will be more hacks than anticipated. The situation is so bad that the Japanese government is probing about 200 million IP addresses of its own citizens to alert them that their devices have little or no security.

IoT botnets include devices such as air conditioners, heaters, streetlights, traffic signals, etc. in today’s smart cities. These can easily enable cybercriminals to launch a large-scale attack crippling a city to the core.

Today, the space race is on full throttle with thousands of satellites from numerous organizations and countries. However, most of them are still using old technology. Such satellites are vulnerable to cyber-attacks, having the potential to lead to extensive and expensive outages.

In short — there is no way to slow down the connectivity happening between systems or people. It is only a matter of time before a single hack on a major block can blackout the entire connected world.

Hacking and data threats are going beyond the line of sight, making major companies and governments turn tables. Below are some of the top trends expected in ethical hacking in 2020.

Cyber Education — IoT Attacks are only going to Increase!

Smart cities, smart homes, driverless cars, and virtual assistants are all part of the IoT revolution and are gaining huge popularity. Along with the increased adoption of IoT, they will continue to be a prime target of cyber-attacks because most of the IoT implementations are not secured end-to-end. This is leading to major educational programs and changes in securing data.

Robotic Process Automation (RPA) will increase in the area of cybersecurity, including Incident detection, analysis and response to keep up with the pace of cyber-attacks. Recognizing its potential, companies have started automating cybersecurity by eliminating the risk of human errors from tedious manual work.

AI, the Next Front — for Attacks and Counter Attacks!

AI is taking centre-stage in the cybersecurity world and has the potential to identify and respond to threats as they occur in real time. AI can process and prioritize data and ascertain which of the threats are real.

However, there is a flipside to the clear benefits of AI and ML. Cybercriminals will leverage them to launch sophisticated attacks via AI botnets, phishing and more which will be difficult to trace.

With digital transformation on the rise, cyber security is no longer an option but mandatory. Today, it is easier to target SMBs as they may not have adequate security measures and resources in place to protect themselves. Hence, there will be more attacks on small businesses and individuals.

Digital data is the common point among all the trends and we seriously think digital encryption can greatly reduce the risk of hacking. All cloud providers are starting to provide secured encryption to the data and code to improve security.

Considering the high-profile data breaches of recent times, customers are worried and are demanding better protection measures. While the EU’s General Data Protection Regulation (GDPR) was in spotlight most of the last year, there are some more important privacy laws set recently.

California Consumer Privacy Act (CCPA) — California has introduced its own data protection law holding businesses operating in California accountable for how they collect, share and secure consumer personal information — just like the European data protection law. If any data is breached, the companies can find themselves in serious legal trouble.

Vermont Privacy Law — Vermont has also introduced a pro-privacy law that directs companies on what they can and cannot do with the user data. Additionally, this law lets consumers opt out of data collection, if they want to.


ISO 27001 — The ISO family of standards, manages information security and has been receiving more attention of late due to the recent spike in data breaches and security lapses. ISO 27001 describes how to manage information security in a company and can be implemented in any kind of organization. ISO27001 has its focus to protect the confidentiality, integrity and availability of information by finding potential problems threatening information and then mitigating them.

We work our best when we keep communicating through the right channels with the right people. Likewise, our machines are hyper-connected to get the best outcomes. Due to this connecting factor, we have almost all the major companies, governments, and different institutions hyper-connected, and sharing information across geographies and time zones. People and companies are practically thriving on this interconnectedness. As this reliance on technology is growing, digital networks are growing in proportion, making security lapses and data integrity grow as well.

Digitalization, devices and interconnectedness has pushed people to get data (personal, transactional, and mobility) to the network. The more data in the network, the more fertile the ground is for hackers to get access to personal information. This is then translated to various forms of attacks on consumers, companies and countries — quite evident from the attacks on Facebook and Equifax!

On the other hand, this has led to the rise of solutions and products from ethical hackers. Eventually, there will be many more innovative companies and entrepreneurs bringing out much-needed resolutions to the data breaches. Networks, companies and Individuals should consider security not as a final goal to be achieved, but an on-going process of self-evaluation and, adapting to the threat landscape as it expands.


Welcome to the new world of security — Options and Opportunities!

This post was written by Asokan Ashok, the CEO of UnfoldLabs. Ashok is an expert in driving customer insights into thriving businesses and commercializing products for scale. As a leading strategist in the technology industry, he is great at recommending strategies to address technology & market trends. Highly analytical and an industry visionary, Ashok is a sought after global high-tech industry thought leader and trusted strategic advisor by companies.