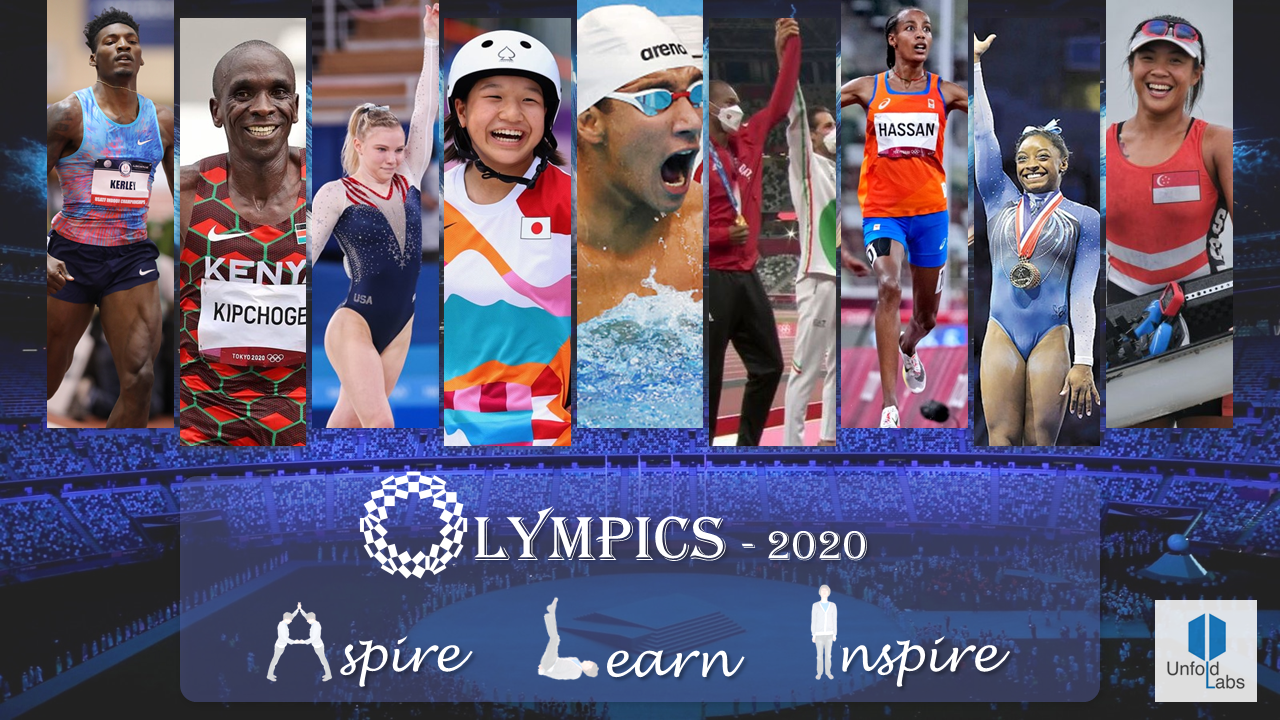 World's largest sporting event, the Olympic Games provide an opportunity for humanity's best to shine. Despite the fact that Tokyo 2020 has been postponed, the world's best athletes have continued to do what they do best.

From gold medal-winning athletes to ambitious return competitors who don't let anything stand in the way of accomplishing their objectives and dreams, the Olympics are never short on inspiring stories.

Here are some of the most dedicated, committed, and driving stories, encompassing 339 events across 33 sports at Olympics 2020.

At 400 metres, Fred Fred Kerley won a silver at the World Championships. Kerley is the fifteenth fastest man in history over the straightaway sprint, with a personal best time of 9.84. The most shocking news is that he didn't even start running 100 metres until recently. He was constantly ridiculed, with many claiming he would miss even making the team.

However, he went on to win silver because only he knew what he was capable of.

3. Success is not limited by one's age.

What was I doing at the age of 13? Certainly, I was not going to the Olympics to represent my country like Momiji Nishiya.

Nishiya competed in the inaugural women's street skateboarding competition at the age of 13, the youngest of the participants. She is also the first woman or rather a girl to win an Olympic gold medal in skateboarding. Dimitrios Loundras, a 10-year-old Olympian, holds the record for being the youngest Olympian in history. Assisting his team to a bronze medal, demonstrating that age is no barrier to success.

Jade Carey, a gymnast from the United States, experienced a soul-crushing day that ended in tears. She was in the eighth position in the event after a misstep before the vault, with no chance of winning a medal.

While the outcome may have shocked some, Carey knew she had more work ahead of her. She did not get blinded by the loss of points, focused on her strengths, and crushed it in the floor event and won gold.

Simone Biles exemplified the importance of knowing one's limitations ; as a top performer, she can raise the bar and is known for breaking records. Despite her success, she didn't let her ego get in the way of her goals.

Regardless of external distractions, her understanding of how to regulate viewpoint enables leaders to step aside and back in. Isolate yourself from the rest of the world and make difficult decisions in the name of the greater good.

6. If you don't give up, you will come out on top eventually

Ahmed Hafnaoui reached Men's 400-meter freestyle swimming final, where he won gold against all odds. United States defeated France in basketball, shocking a squad that hadn't lost an Olympic game since 2004! , Anna Kiesenhofera, a math professor with little help from her team, upset the Dutch powerful team by leading the race for the majority of the 137 kilometres and went on to win gold. In bicycle racing, a schoolteacher has won England's first-ever Olympic gold medal.

Tamberi of Italy and Barshim of Qatar tied for first place with the same score. Instead of competing again to break the tie, they shared the gold.

They remind us of competition’s original meaning, that is "to strive together." Working alongside people rather than against them can make all the difference in terms of our overall success and the experience we receive.

Though, Joan Poh’s timing placed her 28th out of 32 racers in the women's single sculls event, but it was an achievement that demonstrated great grit and dedication. She said modestly in an interview with the New York Times, I focus entirely on what I do, if I am working then I give my all to being a nurse, and if I’m training for rowing then also I give my all. It is all about focus and balance. Poh is only the 2nd Singaporean to qualify for the Olympics in rowing.

I’m sure this isn't going to be her only appearance.

9. It is more important to finish well than to begin well.

Sifan Hassan slipped and slid in her 1500m heat, but she recovered wonderfully, much to the amazement of everyone watching. Fought hard to win her heats and a bronze medal on top of her two gold medals in the 5000 and 10,000 metres.

Hassan revealed she considered leaving the race for a single second in an interview. “However, I swore to myself that I wouldn't do it. I didn't want to look back and regret my decision. I'm not interested in thinking all the excuses.”

Personally, here are some of my big learning moments from the 2020 Tokyo Olympics are,

Leadership is defined by the internal energy and character attributes required to get things done and achieve goals, whether you are managing a large organisation, a small business, or a family – or simply leading yourself.

Please feel free to post your observations, thoughts or comments from Olympics 2020. Would love to hear your opinion.

This post was written by Asokan Ashok, the CEO of UnfoldLabs. Ashok is an expert in driving customer insights into thriving businesses and commercializing products for scale. As a leading strategist in the technology industry, he is great at recommending strategies to address technology & market trends. Highly analytical and an industry visionary, Ashok is a sought after global high-tech industry thought leader and trusted strategic advisor by companies.